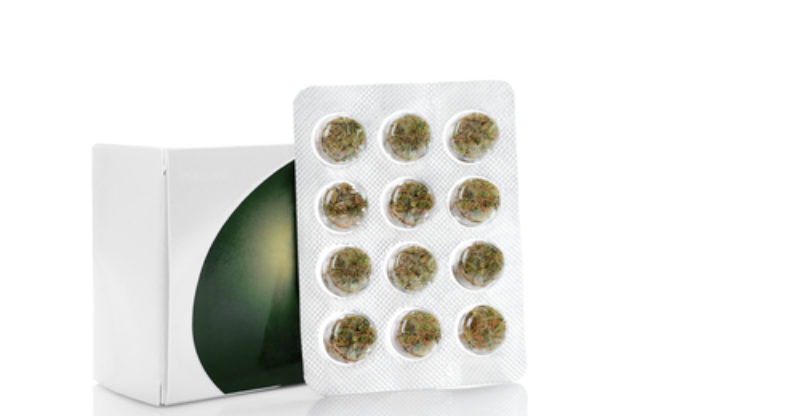 The days of free-flowing jars of cannabis at California’s weed shops are numbered as pot companies begin to comply with new packaging regulations. By July 1, bulk jars of loose leaf flower will be replaced with individually sealed containers and nearly all products must be placed in child resistant packaging.

The environmental impact of these packaging requirements – which are already forcing companies to use less environmentally friendly materials and will likely send more packaging waste to California’s landfills – are causing concerns in the cannabis industry.

Elise McRoberts, a cannabis activist who works in marketing for the weed delivery company California Wellness, said the new packaging requirements are a step backwards in the state’s fight to reduce plastic waste.

“We in California did all of this work to ban single-use plastic bags, and then they are passing legislating that requires all of these brands to put these products in child proof packaging,” McRoberts said. “That’s so much plastic on plastic, it’s endless plastic.”

Ted Lichtenberger, the CEO and co-founder of Humboldt Legends, a company that works with 50 farmers in Northern California to package and distribute cannabis products across the state, said his company has been forced to use non-recyclable materials to comply with the new law and the additional requirements for child proofing are creating bulkier packages that are less efficient to move across the state.

The new regulations require all pot products be put in individually sealed and child-resistant packaging before it hits the retail shelves. After a customer purchases a product they must put those child resistant containers into a second, larger child resistant envelope before they exit the store.

That second layer of child resistant packaging makes California especially unique, according to Jeremy Siegel, the director of compliance for the cannabis delivery company Eaze.

“So, in essence there is a double layer of child resistant packaging that doesn’t appear in other states,” Siegel said.

Customers are able to reuse the second childproof envelope – referred to as “exit packaging” by the state –  but customers who forget to bring this second package to a retail store will be forced to purchase a new envelope, and delivery companies will likely have use a new exit package with each delivery.

Siegel said some municipalities will only require one layer of childproofing after July 1, when every product in the state should already be in a child resistant package.

California is following a similar path to Washington state, where regulations require all cannabis products be in sealed containers before entering a retail store. However, Washington does not require childproofing on individual containers or that the sealed packages be put into a second plastic envelope before leaving the store. Washington’s regulations have also been criticized for creating more packaging waste and stopping customers from properly evaluating cannabis flower.

California’s new laws might come as a rude awakening to customers that have grown accustomed to being able to evaluate the aroma and inspect cannabis before making a purchase. Smelling cannabis is considered one of the best ways to quickly evaluate flower products. Pot’s aromatic terpenes produce a type of signature that can indicate the quality of the product, and well known off aromas like freshly cut grass are immediate warning signs not to buy a product.

That’s not the case in Colorado and Oregon, where regulations allow cannabis flower to be sold from bulk containers. In those states, flower sales occur much like they currently do in California’s medical dispensaries. Customers are allowed to smell and inspect different varieties of flower while it sits in large bulk containers. When a customer decides to buy a particular flower, the budtender weighs out the purchase individually.

Alex Traverso, a spokesperson for California’s Bureau of Cannabis Control, declined to comment on the rationale behind the new rules or clarify if any studies had been completed on how the packaging rules would impact the environmental.

How these packaging regulations will impact California’s marketplace in the long run still remains to be seen. Companies are still determining how best to comply with the new rules – which weren’t released until the end of 2017 – and there is a good chance the rules will be further modified over the next few years, according to Siegel.

“I think over the next 12 to 18 months we will see some changes and tweaks, as the industry gives feedback to the regulators,” Siegel said. “I think California is unique that it has the childproofing requirement on individual packages, and I think that is one area we might see some changes but I think there’s a lot of time for this industry to change and mature.”

Siegel said the regulations are already causing an increase in the amount of packaging used by the industry.

“In some instances that does mean packaging is becoming a little bulkier or larger to comply with these rules,” Sigel said.

McRoberts said the child resistant “exit packages” that all individually sealed products must be placed into before leaving a retail store or making a delivery are made out of a type of plastic that is not recyclable.

“It’s not even light plastic, it’s this hard plastic that will take thousands of years to break down if it ever even breaks down,” McRoberts said.

Lichtenberger said packaging companies are still catching up with California’s regulations and are not yet offering environmentally friendly options to the state’s pot companies.

“We are currently trying to find a more permanent option, but we are using bags that have a double strip that you have to use two hands to open,” Lichtenberger said. “You used to be able to recycle 100 percent of our product but now those [new, child-resistant] bags are not recyclable.”

Lichtenberger added that even if the regulations could be improved upon, he is still happy that legal cannabis is bringing more oversight to the industry.

“I can understand the state’s desire to have control and testing tagged to products that have been packaged and sealed just like you would see for a pharmaceutical product or a packaged good like a candy bar,” Lichtenberger said. “But at the same time, I think the packaging rules have created a lot of waste that is not beneficial.”

Lester Black is a freelance journalist based in Seattle, Washington. He is The Stranger’s cannabis columnist and his work has appeared in a range of publications, including Popular Mechanics, FiveThirtyEight, The Albuquerque Journal, The Tennessean, and Seattle Weekly. Find him on Twitter @leddder. 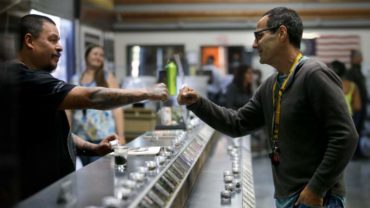 Lester Black is an independent journalist and photographer based in Seattle. He writes a cannabis column for The Stranger. On Twitter @leddder.