According to this article from CBS, a rare fungal infection had doctors at UC Davis stymied until they made the connection between the patients’ already compromised immune system – due to intense chemotherapy – and medical marijuana use.

Dr. Joseph Tuscano of the University of California, Davis Cancer Center, noticed that a couple of his patients – including the man who died – had both fallen seriously ill, “It started with a couple patients that were undergoing very intensive chemotherapy and a stem cell therapy, and those patients were very immune compromised,” he said, “What struck me is both of these gentlemen were at least medicinal marijuana users, that helped them with nausea and appetite issues that come with the treatment.”

Dr. George Thompson, a fungal infection expert with UC Davis Medical Center, agreed, stating, “We thought it was strange to have cases of such a bad fungal disease in such a short amount of time.”

Could a contaminant in the marijuana be a contributing factor, they wondered? To solve the problem, the two doctors decided to pair up to investigate further, only to run into another roadblock: federal law prohibited them from doing that research.

In the evolving landscape of legalized marijuana, one of the biggest issues emerging is the contamination of marijuana flowers with everything from pesticides and mold to dangerous fungi and other airborne pathogens. In several cannabis judging events, large numbers of contenders have recently been disqualified for contamination.

But, testing by legitimate, independent laboratories can find dangerous contaminants, but it can be costly for growers and producers, and isn’t yet mandated.

The two doctors, knowing they couldn’t do anything more on their own, partnered with Steep Hill Laboratories in Berkeley, where Dr. Donald Land has been analyzing contaminated marijuana for over a decade.

The lab gathered 20 samples of medical marijuana from all over California and pulled out a range of bacteria and fungi found on them, analyzing them down to their DNA.

Dr. Land was surprised by the results, saying, “We were a little bit startled that ninety percent of those samples had something on them. Some DNA of some pathogen.”

Though deeply concerning, these results helped to answer the puzzle of what had been making the patients so ill.

“The cannabis was contaminated with many bacteria and fungi, some of which was compatible with the infections that I saw in my patients,” Tuscano said.

Thompson added, “Klebsiella, E.coli, Pseudomonas, Acinetobacter, these are all very serious infections for anybody in the hospital. But particularly in that population, the cancer population.”

This discovery brought more questions to the table, such as if the method of consuming the weed by smoking made the infection worse because it moved the deadly pathogens directly into the already vulnerable lungs of the cancer patients.

Without the ability to study marijuana further it’s going to remain a guessing game. “But we think now,” Thompson says, “with some of these patients, it’s really unknowingly self-inflicted from cannabis use.”

The takeaway from this unfortunate series of events is that marijuana consumers should check with their dispensary and ask for lab results to know if the weed they’re buying has been tested by an independent lab – their lives could depend on it. 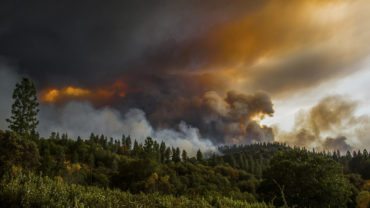