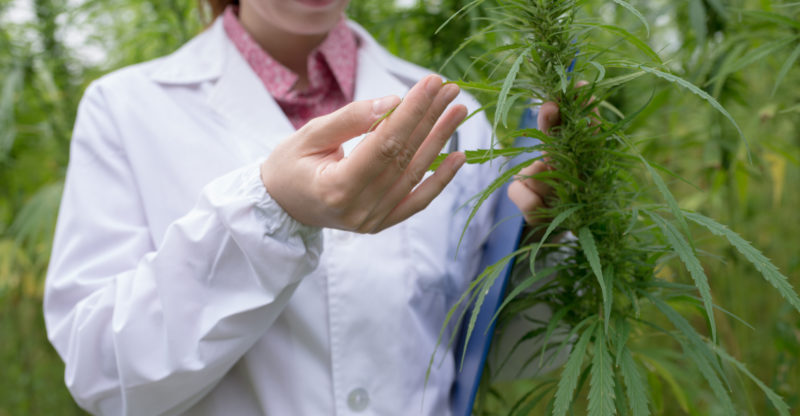 A recent study released by the nonprofit National Academies of Sciences, Engineering and Medicine concludes that while marijuana can be useful for treating conditions such as pain, nausea, and muscle spasms, it may not be as harmless as once thought. However, some of the nation’s top scientists say that while further study is needed, they are stopped in their attempts because cannabis is categorized as a Schedule I drug.

Because of this classification, the U.S. government is effectively saying that it has no established medical use, and carries a high potential for abuse. Currently, weed ranks above prescription opioids like Vicodin and OxyContin, which are linked to more than 180,000 deaths from 1999 to 2015. Conversely, marijuana shows zero deaths from marijuana use according to the CDC. In fact, the charts shown don’t mention marijuana, nor can it be found in conjunction with the word ‘death’ when doing a search within the site.

The authors of this study concluded that this Schedule I designation “impedes the advancement of … research…It is often difficult for researchers to gain access to the quantity, quality, and type of cannabis product necessary to address specific research questions on the health effects of cannabis use.”

As some strains of weed have recently been found to make people ill, these scientists find this classification as doing far more harm than good.

The National Academies of Sciences, Engineering, and Medicine agrees with this view, releasing their recent findings, saying,”…We conducted an in-depth and broad review of the most recent research to establish firmly what the science says and to highlight areas that still need further examination. As laws and policies continue to change, research must also.”

Major areas of health that they discovered may not benefit from smoking marijuana – and in some cases may be adversely affected by it – are; heart attack, stroke, and diabetes, respiratory illnesses, as well as immune system issues.

In terms of heart issues, they found that ‘more research is needed to determine whether and how cannabis use is associated with heart attack, stroke, and diabetes. However, some evidence suggests that cannabis smoking may trigger a heart attack.’

For the respiratory system, they stated ‘…it is unclear whether cannabis use is associated with certain respiratory diseases, including chronic obstructive pulmonary disease, asthma, or worsened lung function.’

And finally, for the immune system, ‘There is also insufficient evidence to support or refute a statistical association between cannabis or cannabinoid use and adverse effects on immune status in individuals with HIV.’

If that’s not enough to make someone doubt the wisdom of taking that next toke, they also found evidence that ‘suggests…cannabis use is likely to increase the risk of developing schizophrenia, other psychoses, and social anxiety disorders, and to a lesser extent depression.’

The report does conclude that while these warnings sound dire, the research is incomplete because ‘..the committee emphasized several challenges and barriers in conducting such research. For instance, specific regulatory barriers, including the classification of cannabis as a Schedule I substance, impede the advancement of research.’

Long story short; Weed is a beneficial therapy for some people with non-life threatening illnesses, but current research is far from done until the Federal Government lifts the  classification that marijuana is currently under so that more robust testing can commence.