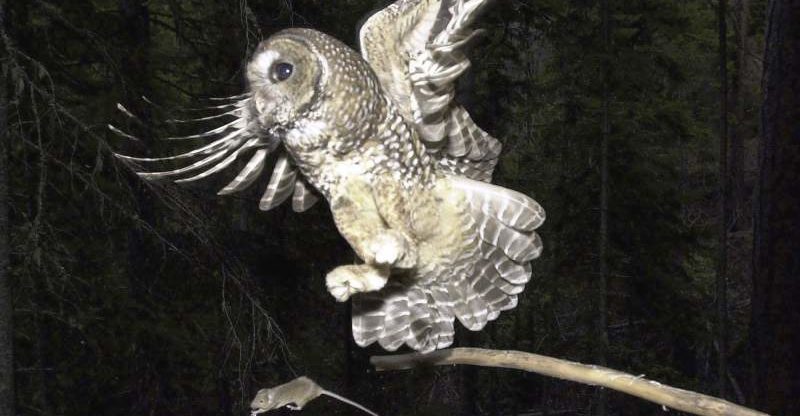 SAN FRANCISCO — Rat poison is contaminating threatened northern spotted owls in California forests, and marijuana farms appear to be to blame, according to a study published Thursday.

The study published in the journal Avian Conservation and Ecology focused on owls in Northern California’s Humboldt, Mendocino and Del Norte counties, part of the so-called Emerald Triangle, where remote farms — many in old-growth forests — produce much of the marijuana grown for the U.S. black market.

Researchers from the University of California, Davis, and the California Academy of Sciences tested 10 northern spotted owls found dead in the region. Seven of the owls tested positive for rat poison, used by pot farmers to keep rodents away from their irrigation systems and crops.

The northern spotted owls are listed as threatened under state and federal endangered species acts. Forty percent of another species, barred owls, also tested positive for the rat poison.

Tissue samples of the barred owls were provided by researchers carrying out a different study, the scientists said. The species, originally from the U.S. East, are considered an invasive species in the Northwest and a threat to spotted owls.

Study lead author Mourad Gabriel earlier carried out similar research linking rat poison used by clandestine marijuana farms to the deaths of fishers, a weasel-like forest predator that has disappeared from half of its former range in the Pacific Northwest.

Gabriel says he’s concerned that the poisoning of wildlife will increase now that recreational marijuana is legal in California, potentially driving the proliferation of pot farms.

California officials argue that legalization will allow them to increase oversight and regulation of cannabis farms in fragile forests.

This article originally appeared at the Press Democrat. 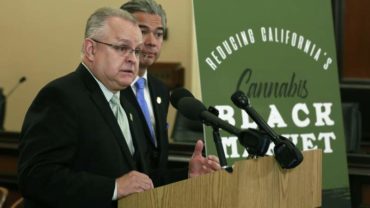