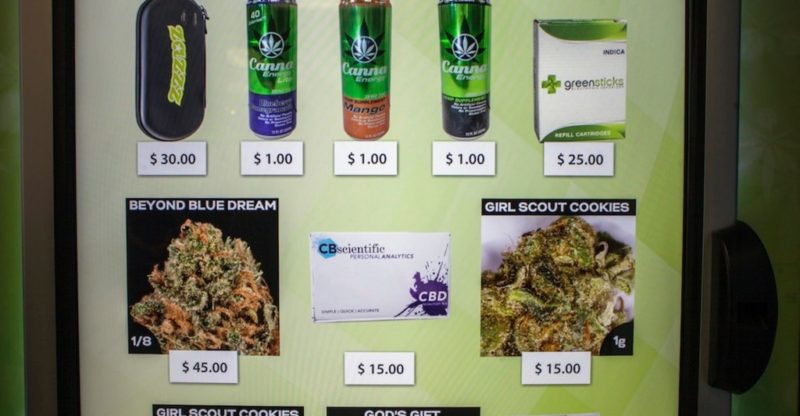 Vending machines are no longer the dusty wastelands of candy and potato chips — selling everything from caviar and luxury makeup to iPods and beer.

But now it’s been reported that a Phoenix-based cannabis technology firm called American Green wants to make weed available via vending machine for anyone legally allowed to buy.

Before you get all excited, it hasn’t been approved for use anywhere yet, though Erik Altieri, executive director of the pro-marijuana group NORML, sees a lot of benefit to the idea; The technology should make “individuals who need it more comfortable,” because it would presumably rule out the possibility buyers would “run into their pastor or kindergarten teacher,” he said.

Demonstrated at a recent Las Vegas trade show, this isn’t the first marijuana vending machine American Green has made; one debuted in a dispensary in Seattle in 2015.

The difference is that the current machine requires someone to go into a dispensary (kinda defeating the point) and there’s an employee checks ID before anyone can use it. A bit too much work to use a vending machine. Conversely, this new machine – aptly named the American Green Machine – only requires a one time set up where a customer would set up an account using a government-issued ID and (if required) a prescription from a doctor.

The machine then uses a fingerprint scan to verify the buyer before allowing a purchase. After that, you’re good to purchase at will. David Gwyther, the chairman and acting president at American Green, foresees a time when customers can purchase age-restricted goods at machines all over the country, “A baseball fan could buy a beer at the game in New York and cannabis from a dispensary in California the next day through the same app utilizing their verified account,” he stated. 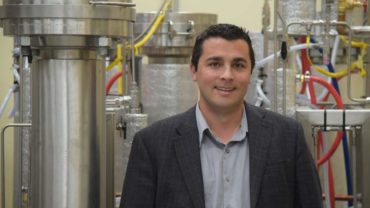