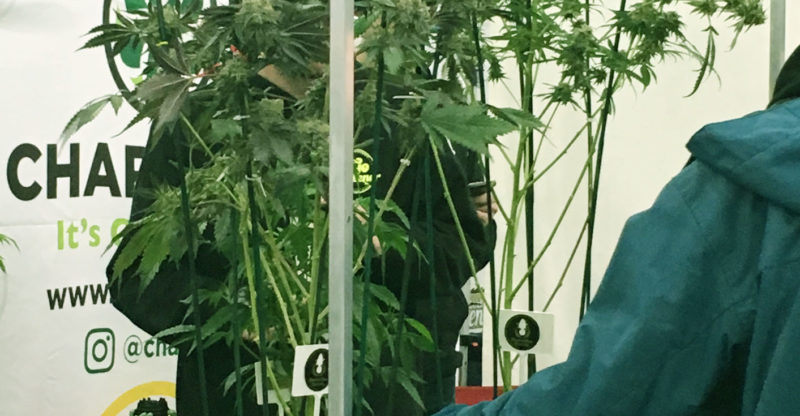 This year’s Emerald Cup was the largest in its 12-year history, with Saturday selling out, and Sunday close to doing the same. After waiting in long entry lines, people had the chance to walk through the 18+ area, which featured vendors selling goods that had to do with marijuana, but not the actual flower itself.

These vendors offered a glimpse at how the acceptance of marijuana has created an industry for small-time entrepreneurs; some of who found their talents or cottage industry serendipitously aligning with the rapid growth of marijuana as a business prospect. There were food booths with freshly prepared gyros and vegetarian fare, a beer garden, an insurance broker, children’s t-shirts, skateboard decks, glass blowers, and gardening supplies.

One such business representative, Drew Emmer, was there with a company called Boveda, which sells humidity control packs for a variety of uses: cigars, food storage, instruments, and now – marijuana. Cannabis wasn’t on the company radar when they began, but now it’s become big business for them – completely by happenstance.

Here are some personal photos from the 18+ area on Saturday morning, when the gates had just opened, and the rain  eased up enough to make wandering around enjoyable as well as educational:

Just half an hour after the gates opened, the crowd had already started to build inside.

Though the Emerald Cup is strictly an adults-only event, the owners of Cubbly Apparel knew that many of the adults who had come had children at home, and brought a selection of infant clothing and children’s shirts.

An actual marijuana board game based off Monopoly.

Leggings to keep you warm and a matching crop-top to show you support the green.

The artisans at Hitman Glass had demonstrations of their glassblowing skills.

Glass smoking accessories were also on display in the Hall of Flowers.

Specialized soil amendments for the serious gardener were available for purchase.

Plants were on exhibit to show the effectiveness of the amendments.

For the serious marijuana businessperson, machinery for processing was on display.

This is just a small cross-section of the vendors in the front area of the Emerald Cup. With record attendance this past weekend, these small business owners were reaching an audience that contained both seasoned growers as well as casual users. 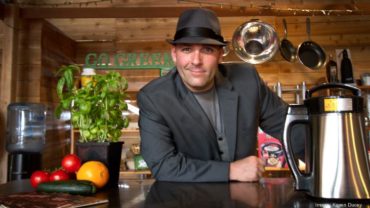