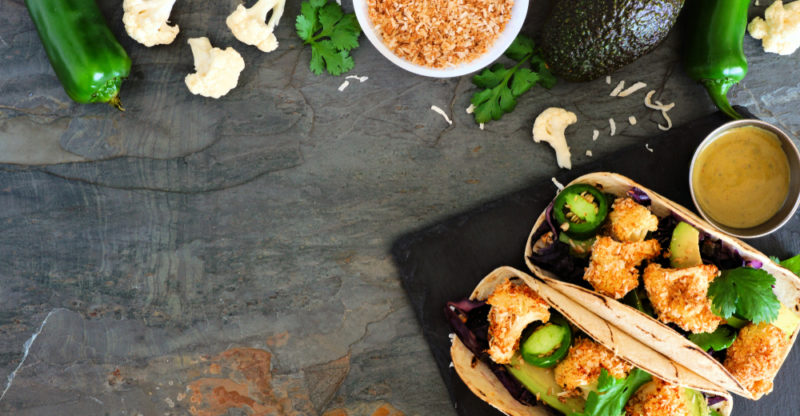 Medina recently competed on the Go90 web show “High Cuisine,” in which chefs are tasked with cooking a dish while high. Spoiler alert: His longtime use of marijuana served him well.

The chef, who has been a vegan for the last nine years, worked in a variety of odd jobs before transitioning to vegan taco chef. He’s been a paralegal at an immigration office, a pharmacy tech, a sales rep for an electric company, and he’s also worked at Costco. About three years ago, the chef started testing out his vegan taco recipes on dates. Now you can find him slinging vegan tacos every Tuesday at Mission Bar in Santa Ana and at his various Taqueria la Venganza pop-ups across California.

We recently caught up with the chef to talk about cooking high and the best things to cook, and eat while you’re stoned.

This interview has been edited for length and clarity.

Is cooking high better than cooking while you’re not high?

The thing is, at first when you first start smoking, you get this creative rush.Then you get a little of the munchies so you are tasting everything. On the show, maybe the first two rounds you get very creative. You get a little more experimental. By the third round you’re stoned and you don’t know what you’re doing anymore. There is a fine line between high and creative and stoned and useless.

Whenever I’m high I always want a breakfast sandwich. I’m a stoner and a chef. I smoke and get the munchies and I just really like simple foods like breakfast stuff. I like getting a bit creative. I smoke when I’m cooking but not that much. I watch a movie and make some popcorn that has different seasonings on it. If I’m too high when I start cooking I won’t know where to start.

Is cooking high really safe with all the knives in the kitchen?

Your focus changes. Muscle memory has a lot to play in there. On the show, I did mess up once or twice with small things. I didn’t have enough water or I didn’t have the right knife or the right ingredient. Your short-term memory is gone so I would go from being really focused to by the end thinking “what am I doing?” You confuse yourself.

Favorite thing to cook while high?

I make tacos primarily so I love making chips and salsa when I’m high. Chips and salsa are the best high food ever. The saltiness of the chips. The spice level of the salsa. It’s a flavor rush. When I’m high I somehow feel like the flavor is heightened so I want something that has a lot of different flavors going on. I’ll cook Vietnamese food, any Asian foods. All flavor bombs.

What do you usually cook with cannabis?

I make a lot of cannabis oil with coconut oil. I’ll use that in different things like birria. I’ll be making birria or flour tortillas. Anything that incorporates fat, I’ll use it in there.

I’m getting more into isolated CBD and THC crystallized. It’s so I can make four-course dinners and have an initial high and then reach a peak and then bring it back down by dessert. I make CBD margaritas and cocktails with THC. I did these a couple of times at food and weed festivals.

There are food and weed festivals?

Yeah, music and weed food festivals. There was something called Burgers and Buds that we did once. We made medicated tacos and medicated margaritas. I had a strain called Pineapple Pezz. I got it and thought in my mind I could do a margarita with this. We steeped the alcohol with the THC and it tasted like pineapple. It was just ridiculous and flavorful.

What should people be cooking on 4/20 [a day designated to celebrate cannabis]?

Honestly, 4/20, since it’s kind of a social thing, I think people should be doing social foods like nachos and Ethiopian food. Cultural foods but medible. What you’re seeing is people saying, “Oh, I made these desserts or crackers or cookies.” No. I want to see some dosas that are medicated. Medicated salsa and tacos. Medicated barbecue. I want to see people adding their cultural whatever and mixing it with cannabis. Then you can say I made this and no one has ever made it before. Bam. 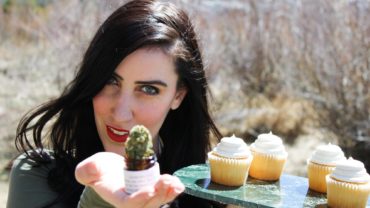