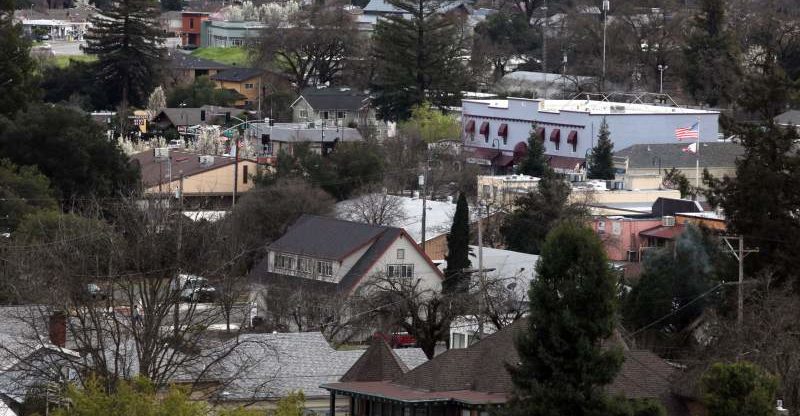 Cloverdale is cautiously opening the door to cannabis businesses with a measured approach to the newly legitimized industry.

As the northernmost city in Sonoma County and the closest to the prized marijuana grown in the Emerald Triangle of Mendocino, Humboldt and Trinity counties, Cloverdale appears well situated to take advantage of an industry emerging from the shadows.

But Mayor Gus Wolter said the Mayberry-like town of 8,800 residents is “taking baby steps” when it comes to allowing and regulating marijuana businesses.

The City Council approved a limit of no more than two dispensaries in the city, and while allowed downtown, they’re subject to a City Council public hearing prior to approval. The ordinance also puts strict conditions on cultivation and cannabis manufacturers’ locations, and includes restrictions for growing both recreational and medicinal pot.

“I don’t want — and I think the vast majority of Cloverdale does not want — to be known as the pot capital of Sonoma County,” he said.

Following the legalization of marijuana in November by California voters, the state began developing regulations for businesses serving the adult use market, and will begin issuing licenses in January.

But cities and counties have authority to regulate where the businesses can be located and conditions of operation.

Many jurisdictions, including Santa Rosa, have rules in place for medicinal marijuana operations, but Cloverdale appears to be in the forefront establishing regulations for the recreational marijuana industry as well.

“We are ahead of a lot of other cities on how we’re approaching this,” Wolter said of the ordinance developed over the past year with numerous public hearings.

Vice-Mayor Joe Palla, a retired police chief, remembers when having even a small amount of marijuana was a felony.

“When I first entered the profession you’d go to state prison for possession of a joint (marijuana cigarette),” he said. “And now, here it is — legal. You have to remove your personal feelings.”

Palla said the city ordinance introduced this week aims to strike a balance “that protects residents the best we can, but doesn’t prohibit the ability for the industry to move forward as authorized in state law.”

Wolter said he keeps in mind that state Prop. 64, which legalized adult use of marijuana, passed with 58 percent approval in Cloverdale. But he reminds that 42 percent were against it.

“I like to think I’m really conservative on how we proceed with this,” he said.

Nurseries and commercial cultivation are restricted to industrial zones. The only exception is on rural-residential parcels of 2 acres or more where nurseries can operate and cottage farmers can grow up to 25 plants outdoors.

Outdoor operations are allowed on industrial properties, but require minimum parcel sizes ranging from 3 acres or more, depending on plants’ canopy size.

Security measures also are required along with minimum distances from schools, day care centers and parks.

Erin Gore, a Healdsburg resident who described herself as a cannabis business owner, commended the council “for an ordinance that makes sense,” and will bring jobs and tax revenue. “I look forward to bringing businesses here and applying for a permit,” she said.

Cloverdale voters in November overwhelming agreed to tax marijuana businesses up to 10 percent of their gross revenues on top of other taxes the state will collect, although that rate has not been set. In ballot arguments, advocates estimated $90,000 in tax revenue could be collected for each cannabis business.

City officials are uncertain how many cannabis entities will want to do business in Cloverdale, but City Manager Paul Cayler estimated there could be 10 cannabis-related businesses in town.

“Many of the cannabis entrepreneurs have talked about how Cloverdale is well positioned in terms of transportation“ and how the city is being eyed as a place to manufacture cannabis edibles and concentrates, he said.

Councilwoman Mary Ann Brigham said there isn’t a rush for cannabis operators to come to Cloverdale and it may not be as lucrative as some think. She said because of zoning, there’s not much land within city limits for locating cannabis businesses.

Brigham recused herself from the council agenda item due to a potential financial conflict. She is buying a downtown parcel across the street from the Citrus Fairgrounds and potentially could lease it a cannabis business, or open one herself.

“I might apply for one, you never know,” she said. 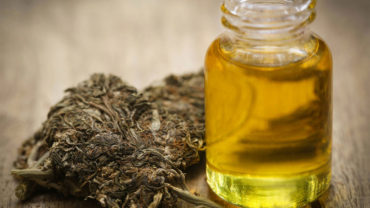