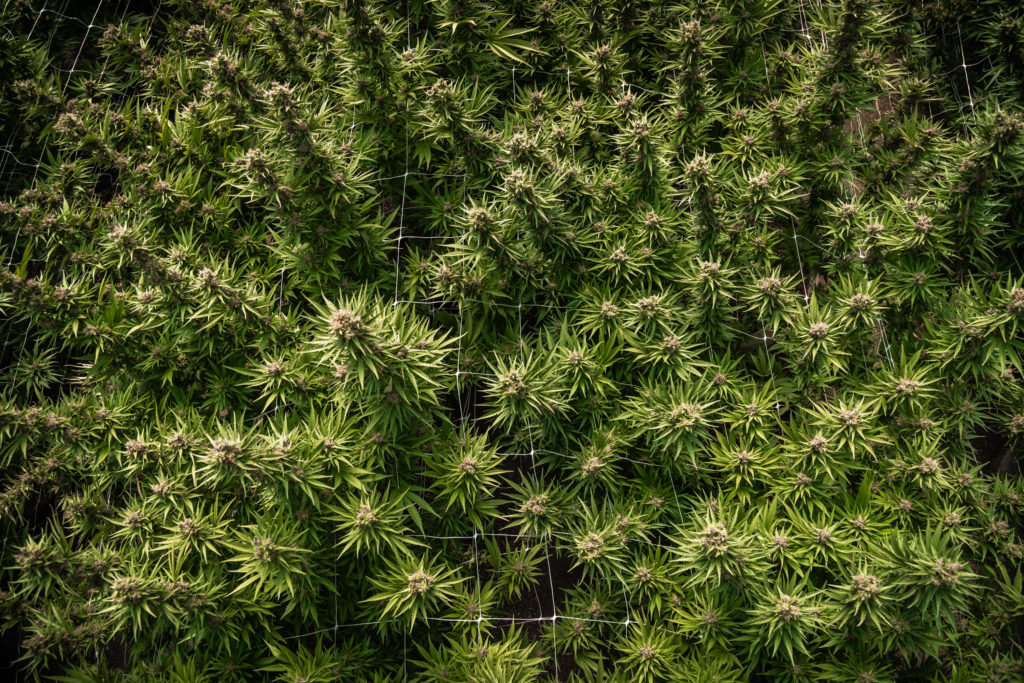 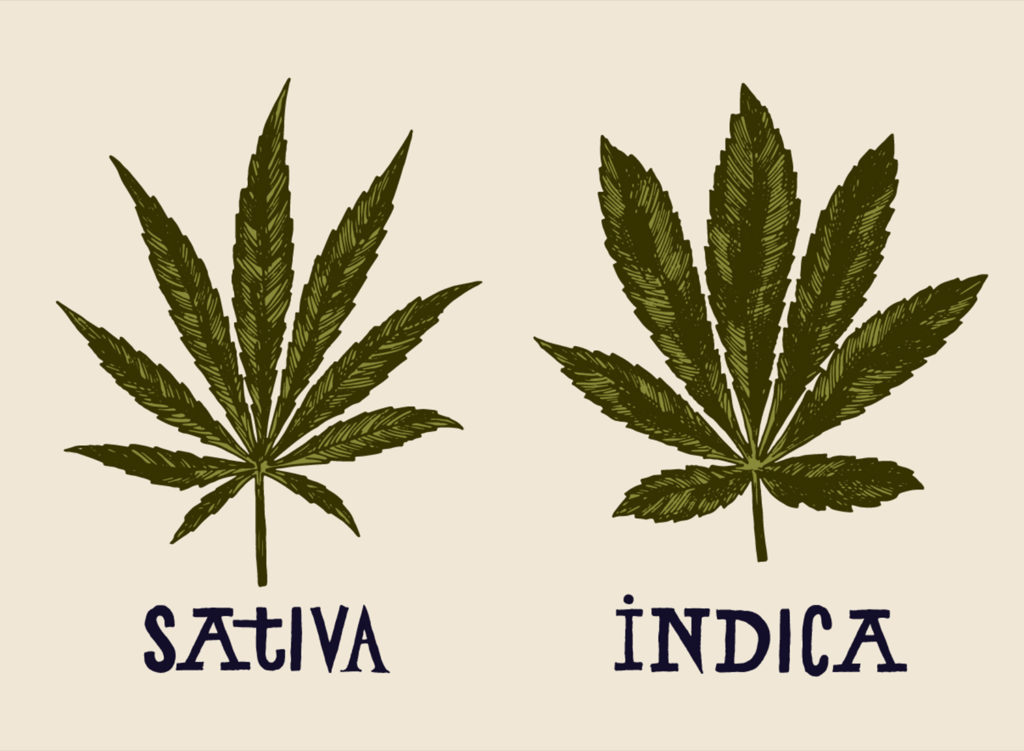 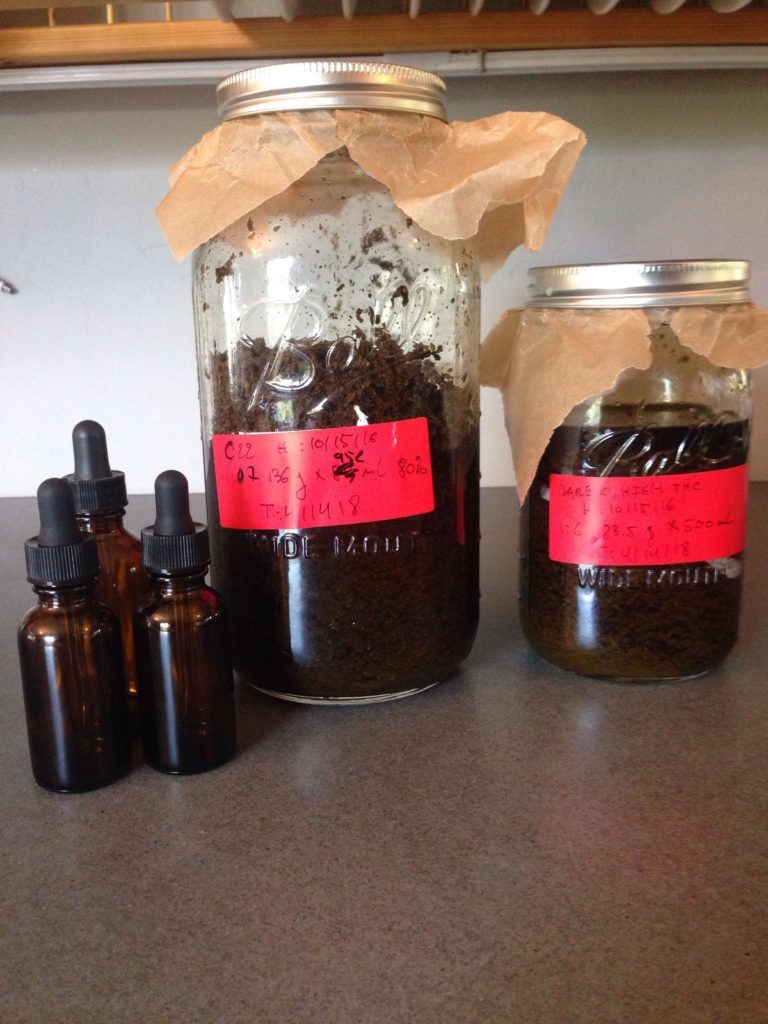 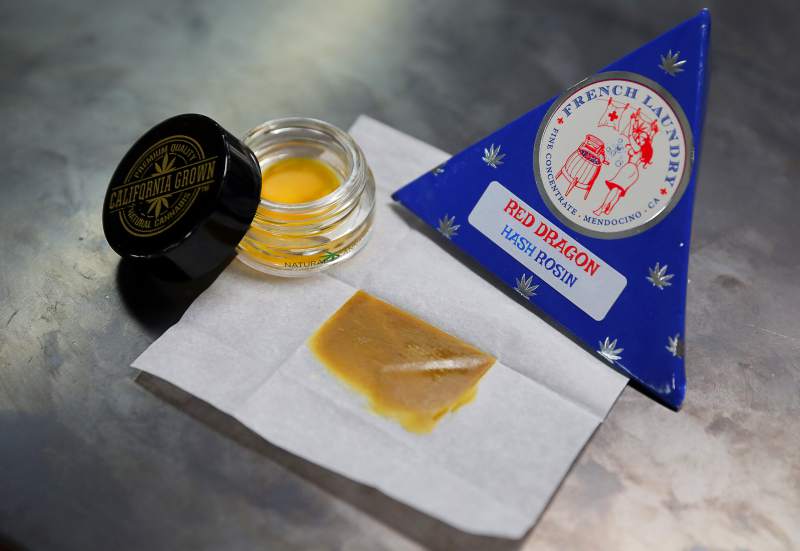 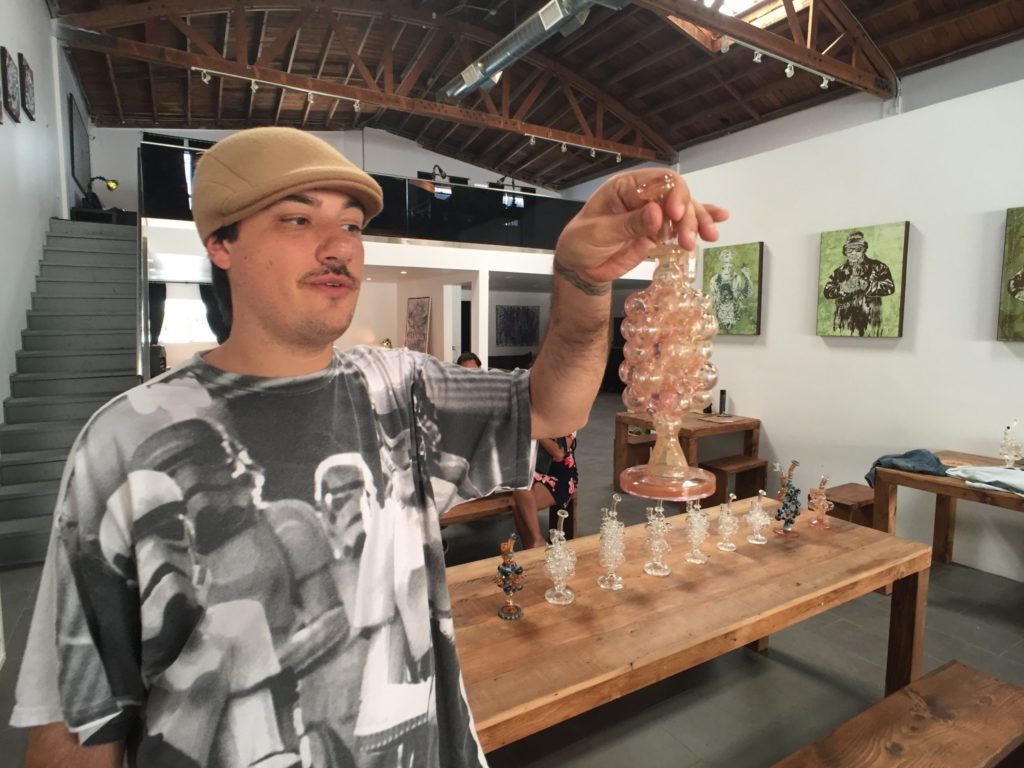 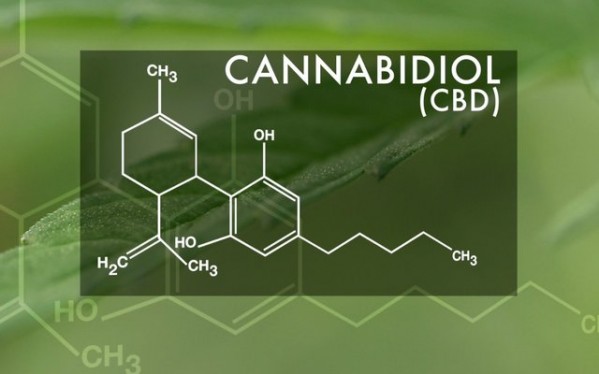 October 2018 has been a banner month for the cannabis industry. Marijuana consumption is now legal in Canada. Cannabis stocks are all the rage on Wall Street. Polls even show that most Republicans support legalization.

Still, cannabis terminology and slang can seem daunting. Do you know the difference between THC and CBD? How about tinctures versus extracts? And what exactly is a terpene, anyway?

Let’s begin with the low-hanging fruit: cannabis. Seems like a no-brainer, but the word technically refers to one of two things: a flowering plant, used to produce hemp fiber, or the psychoactive drug, derived from the plant.

Marijuana is generally smoked or consumed in cannabis-infused foods (known as edibles).

As the appetite for marijuana grows, new cannabis-infused edibles are going way beyond those homemade pot brownies. Today, there are cannabis-infused drinks and ice cream, coffee pods and jelly candies.

CBD, first identified in 1940, is one of the most celebrated elements of cannabis thanks to its medical benefits. CBD is non-psychoactive, according to the National Center for Biotechnology Information, and is commonly used to treat pain, anxiety, inflammation, seizures and other medical conditions.

In September, the DEA moved some CBD medicines off Schedule 1, the most restrictive category for controlled substances. It was the first time the agency has acknowledged the medicinal benefit of a cannabis compound. To date, the FDA hasn’t approved any CBD products beyond epilepsy drug Epidiolex.

In 1964, a team of Israeli scientists isolated THC, the main psychoactive compound in cannabis. This mind-altering chemical compound has showed promise as a pain reliever, antioxidant and sleep aid.

Strains are the countless cannabis varieties grown for specific flavors and effects. From Purple Urkle to Green Crack, there are seemingly as many strains as there are farms in Humboldt County. You can narrow the field to three main categories: Indicas, Sativas and hybrids.

Sativa-dominant strains tend to induce an energetic high while quelling anxiety and boosting serotonin levels. Best used during the day, Sativa strains are often associated with increased focus and creativity.

Where Sativa is the daytime strain, Indica-dominant strains are best used while resting or just before sleep. Indica-heavy strains are associated with a deep body high, muscle relaxation, boosted dopamine levels and increased appetite.

Terpenes, the chemical compounds found in the oils of the cannabis plant, are getting much-deserved attention as the cannabis market matures. Plants use terpenes to ward off predators and to attract helpful pollinators. Beyond cannabis, terpenes are found in the oils of a range of plants and even in some insects.  The terpene essential oils produce a distinct flavor and smell for the flower. Scientists have identified more than 100 distinct terpenes in cannabis.

In 1998, a group of Israeli scientists coined the term, “entourage effect”, to explain how terpenes modulate the psychoactive effects of cannabis. Scientists are now creating custom cannabis strains that use terpenes to balance the effects of THC and treat specific ailments.

Some of the best known cannabis terpenes are myrcene, linalool, pinene, limonene, and humelene. Each terpene has a different aroma and benefit. Limonene, for example, is thought to work as an energizing and mood-enhancing antidepressant. Myrcene is believed to amplify the effects of THC and induce sleepiness and anti-inflammatory effects.

Meanwhile, the cannabis market is experiencing higher demand for concentrates and oils. These concentrates are cannabis-derived extracts that contain concentrated amounts of THC, other cannabinoids and terpenes.

Hashish, or hash, is the concentrated resin (secreted gum) from the flowering tops of female hemp plants. People smoke, chew or drink has to get high. It can also be added to edibles.

Cannabis oil is another concentrate version of cannabis. Users report that the high-level extracts of cannabinoids in the oil intensify the psychoactive effects.

Cannabis tinctures are usually alcohol-based solutions with THC, though non-alcoholic oil-based concentrates are also available. The cannabis liquid – whether alcohol or oil – contains cannabinoids that have seeped out from the plant.

Tinctures are widely available at dispensaries, but are also easy to make at home. With no smoke or lasting odor, cannabis tinctures may be the least controversial method of consuming cannabis.

There are countless terms to pick up as you become better acquainted with this versatile plant. Read more in the Marijuana glossary: 10 words every marijuana user needs to know. 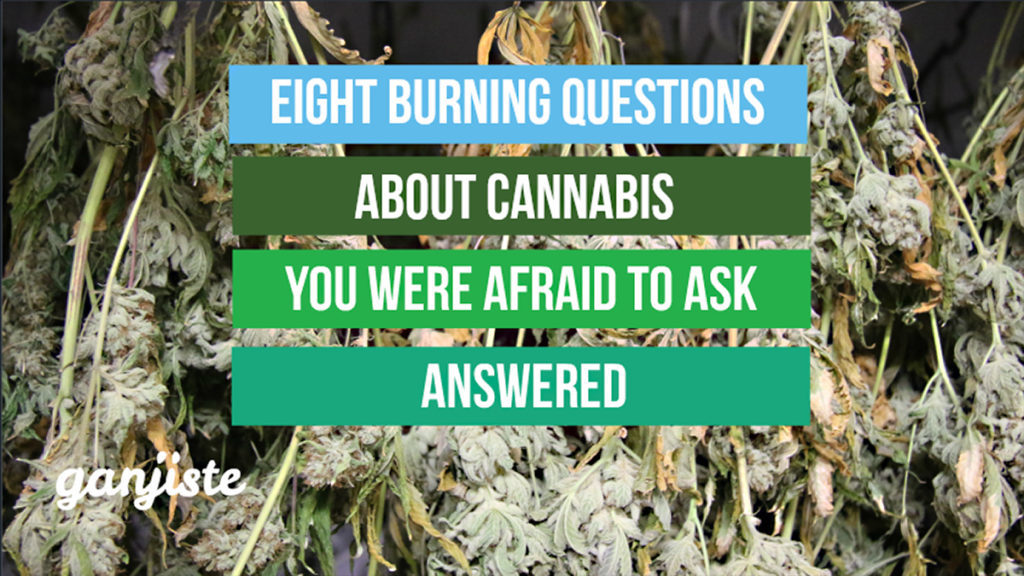 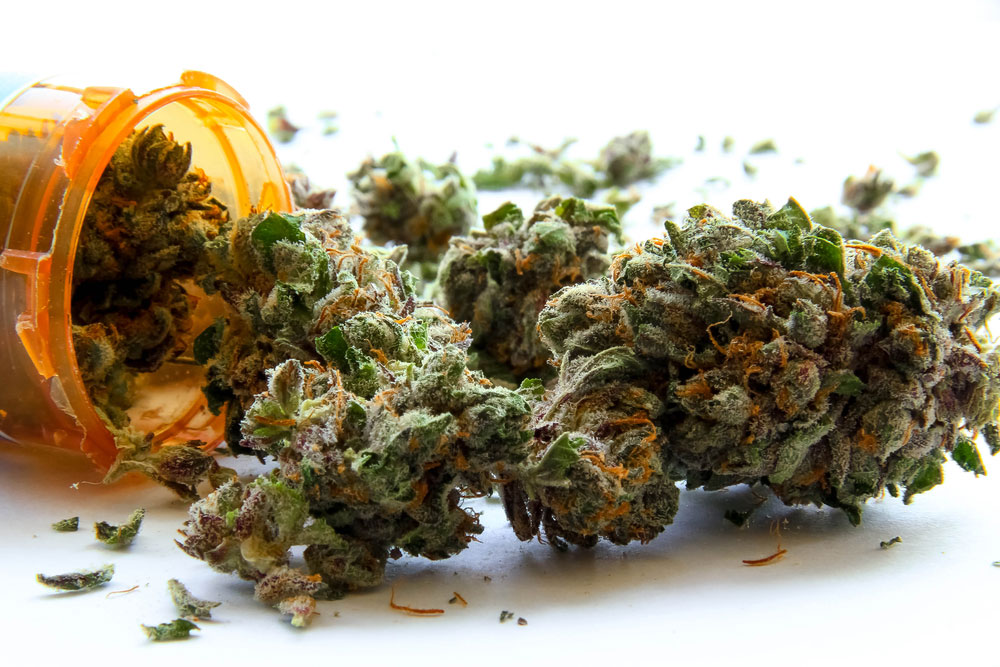 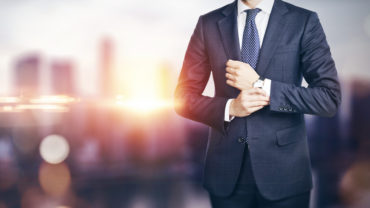