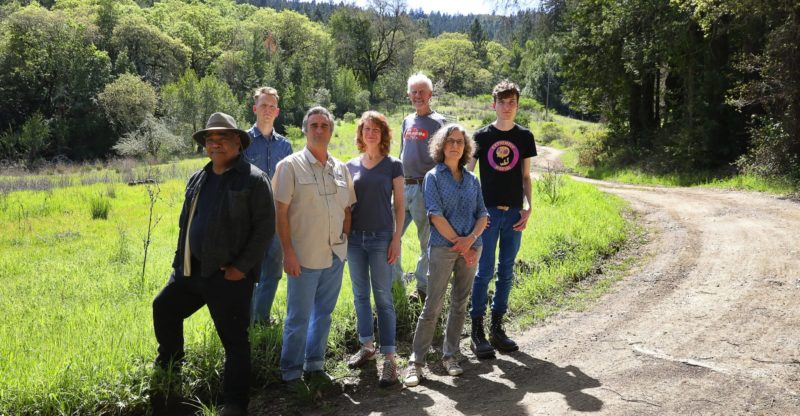 Sonoma County voters embraced marijuana legalization when it was on the ballot two years ago, but now that it’s a reality — a rapidly evolving industry and source of ongoing dispute — nearly half of those surveyed say they don’t want cannabis cultivation anywhere near their homes, according to The Press Democrat Poll.

Almost one-third of respondents, 31 percent, said they would feel safe with such a garden “not adjacent but within one mile of my residence.”

The telephone poll, which surveyed 500 registered county voters in the first week of May, included three cannabis-related questions, including how respondents would feel about the presence of a legal outdoor cannabis farm of 1 acre or less.

The strong not-in-my-backyard sentiment mirrors a contentious debate — tinged with fear of violent crime and resentment of intrusive pot operations — over the county’s effort to strike a balance between maintaining and taxing a burgeoning industry emerging from the shadows of prohibition and minimizing the impact on rural neighborhoods.

But competing bands of cannabis backers and unhappy residents packed a board meeting as recently as April, and county staffers have drafted revised land-use rules for commercial cultivation, including some flexibility in where farms may be located.

Proposition 64, which legalized adult recreational use of marijuana and a supporting industry in November 2016, got a nod from 57 percent of California voters and 59 percent in Sonoma County, a cannabis hub set between the famed Emerald Triangle growing region and San Francisco, where 74 percent of voters supported legalization.

The Press Democrat Poll also asked respondents what impact they thought legalization would have on local crime and a majority said it either have “no effect” (40 percent) or lead to a decrease crime (18 percent), while 35 percent said it would increase crime.

Former Sonoma County Sheriff Steve Freitas opposed Proposition 64 in 2016, contending it would lead to an increase in violent crime, and sheriff’s officials have repeatedly asserted that has proven true.

But statistics compiled by the Sheriff’s Office at The Press Democrat’s request do not bear that out. There were 16 cannabis-related home-invasion robberies in the unincorporated area, Windsor and Sonoma from 2013 through 2016, an average of four crimes a year.

In 2017 and through May 8 this year, the period since adult use became legal, there have been six such crimes.

The two deadliest cannabis crimes — a Forestville triple homicide in 2013 and a Sebastopol double fatality in 2016 — both occurred during a marijuana deal gone bad while recreational use by adults was illegal.

Zeroing in on one of the most controversial issues, The Press Democrat Poll asked respondents where they thought cannabis should be grown and more than one-third, 36 percent, said “outside, but only in agricultural areas,” a condition that somewhat matches current county regulations.

Fewer than a quarter favored “in warehouses” (23 percent) and “anywhere outside” (22 percent), while 12 percent said “all cultivation should be prohibited.”

Under Proposition 64, cities and counties have the right to regulate or ban commercial cultivation, while adults have a right to grow up to six marijuana plants per parcel indoors and local governments can only put restrictions on outdoor home gardens.

The poll results reflect a “period of adjustment” in a county becoming accustomed to the presence of cannabis as a legal commodity, said David Binder, whose San Francisco-based firm conducted the survey.

While 46 percent of respondents don’t want pot growing anywhere near them, Binder noted an almost equal number — 50 percent — feel safe with it next door (19 percent) or “not adjacent but within a mile” (31 percent).

There’s a clear division of sentiment over cannabis in that regard, but Binder pointed out that only 12 percent think all cultivation should be prohibited.

The 46 percent averse to cannabis growing anywhere near them is similar to the 41 percent of county residents who voted against legalization, noted Craig Litwin, a Sebastopol-based cannabis industry consultant and entrepreneur.

The Press Democrat Poll surveyed voters on a series of issues crucial to Sonoma County, including the races for senator, governor and Sonoma County sheriff. It is the newspaper’s first poll since 2003.

The new poll, conducted from May 2 to May 7, connected with 500 Sonoma County voters by landline and cellphone. It targeted voters who had cast ballots in the November 2016 election and at least one other election since November 2012. It had a margin of error of 4.4 percent.

Supervisor Lynda Hopkins, who represents western Sonoma County, long a hotbed for marijuana production, said she sees no contradiction in the local vote for legalization and the uproar over cultivation.

“There are a lot more people who wanted the opportunity to smoke pot than (those who) want to have it grown in their neighborhood,” she said.

Opposition is coming largely from rural areas with concentrated housing and places located far from Sheriff’s Office substations in Guerneville and Sonoma Valley, Hopkins said, noting that fear of crime is a common concern.

“Some folks feel they’re being deprived of the use of their property due to overwhelming odor,” she said. On a visit to a site near Sebastopol whose owners have applied for an outdoor cultivation permit, Hopkins said she was surprised by “how pungent” the plants were.

The high cost of complying with county standards for cultivation appears to be encouraging larger commercial farms, she said. The county allows outdoor gardens ranging from 25 plants to an acre of cultivation, with minimum lot sizes ranging from 2 to 10 acres.

Santa Rosa rejected a proposed ban on outdoor cultivation of marijuana for personal use last year and limits commercial cultivation to buildings in industrial areas.

Since it began taking cannabis business permit applications in July, the county has received 181 applications, primarily for cultivation, and has approved five permits, including three for cultivation and one each for manufacturing and distribution.

A year ago, the Sonoma County Growers Alliance estimated there were 5,000 growers in the county, including about 2,000 who were displaced by the county’s decision not to allow small gardens in rural neighborhoods.

That number has shrunk dramatically, alliance chairwoman Alexa Wall said, as growers have merged, sold their businesses, moved out of the county or elected to remain in the black market in the face of a costly and complex permitting process.

Wall said she was not surprised by the 46 percent of poll respondents who don’t want a cannabis farm anywhere near their home. The highly publicized string of home-invasion robberies this year and in recent years has tarnished the public’s impression of marijuana growers, which is “frustrating to the industry,” she said.

“Some neighborhoods are still pointing fingers as if we’re terrible operators and are going to ruin the quality of their life,” Wall said.

Wall and her husband, Curtis, an Army veteran, began growing cannabis as treatment for post traumatic stress syndrome. They relocated from a rural residential area and are now nine months into the cultivation permit application process for a 15-acre Penngrove property.

The county set stringent security requirements for legal cannabis gardens, including motion-sensitive cameras, lights and alarms as well as fencing with locking gates and vegetative screening aimed at curbing the potential for crime, said Tim Ricard, cannabis program manager for the Sonoma County Economic Development Board.

Legal growers must sell their crops to a legal distributor who will have it tested and delivered to a legal dispensary, a closed system intended to protect cannabis consumers and prevent shipment out of state, which is still illegal, he said.

Litwin, the cannabis consultant, said the industry would be safer with a “banking solution” that would eliminate the lure of cash on hand at growing sites.

Poll respondent Erik Weyker of Sebastopol would prefer not to have cannabis cultivation anywhere near his home.

“There’s too much money involved,” the 51-year-old software engineer said. “I don’t think it can be done in a safe manner without attracting bad elements to the area.”

Aaron Vega of Graton said he voted for legalization but also wants no part of it near him. Cannabis-related crimes are a consequence of people coming from the East Coast to steal it from California’s marijuana heartland, he said.

A Florida man was arrested last month in connection with a cannabis-related home invasion robbery on the outskirts of Santa Rosa and eight suspects from Virginia and North Carolina were arrested in connection with March robberies at three Petaluma-area homes.

“If my neighbor’s going to grow pot I’m not going to rat him out,” said Vega, 33, a grocery meat department manager. “I’d feel safer if they weren’t.”

But since it’s legal, Vega said he hopes pot farming will remain on a small scale rather than becoming an investment by large corporations. It should be grown “anywhere outside,” he said, “in a natural, organic way.”

Diana Jacobsen, 56, is among the 19 percent minority of poll respondents who wouldn’t feel threatened by a cannabis farm next door. She doesn’t like the smell of pot, but also remembers driving past onion fields years ago that “stunk to high heaven” and were, of course, tolerated.

As a Libertarian “slightly left of center,” Jacobsen , said she wouldn’t want anyone telling her what she can and cannot do on her own property.

Pot crimes, she said, are largely fueled by the fact that banking remains off-limits to growers, who have no safe place to put their money. Legalization has had no effect on crime, she said.

Eventually, cannabis cultivation will become so prevalent “that I just don’t see it as a safety issue,” Jacobsen said.

Rick Owen of Cloverdale voted for legalization and believes it may reduce crime by bringing the entire cannabis industry under control and possibly curbing outlaw grows. “If you put those people out of business that would be great,” the 71-year-old retiree said.

The safest way to grow marijuana is in warehouses, Owen said.

“Corn is grown outside, but very few people want to steal that,” he said. 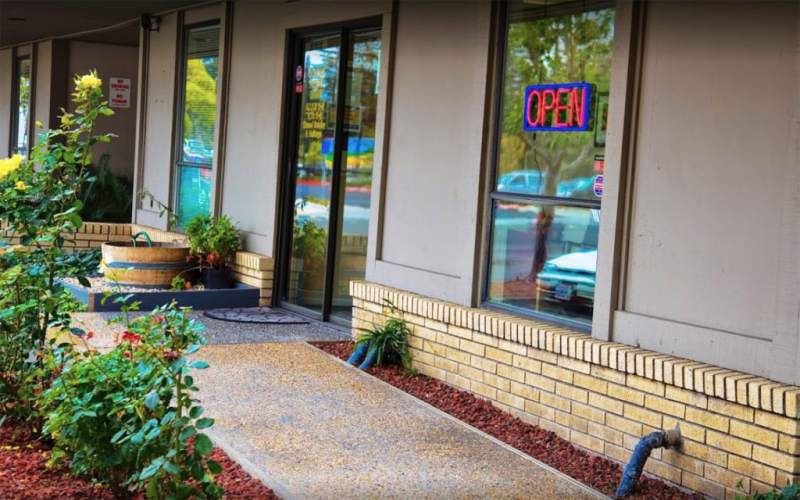 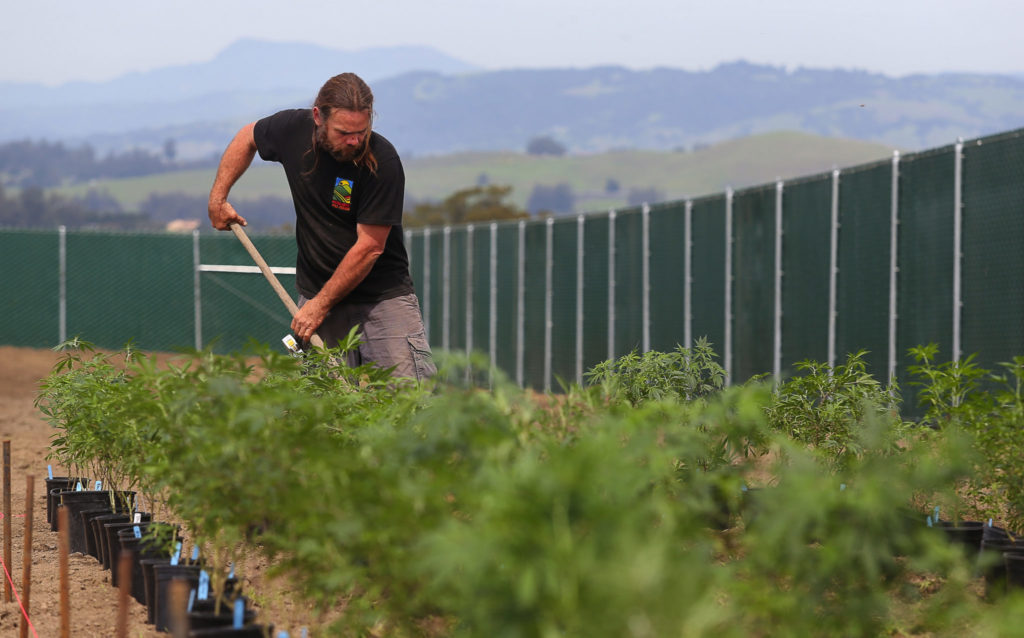 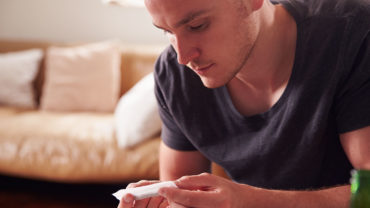